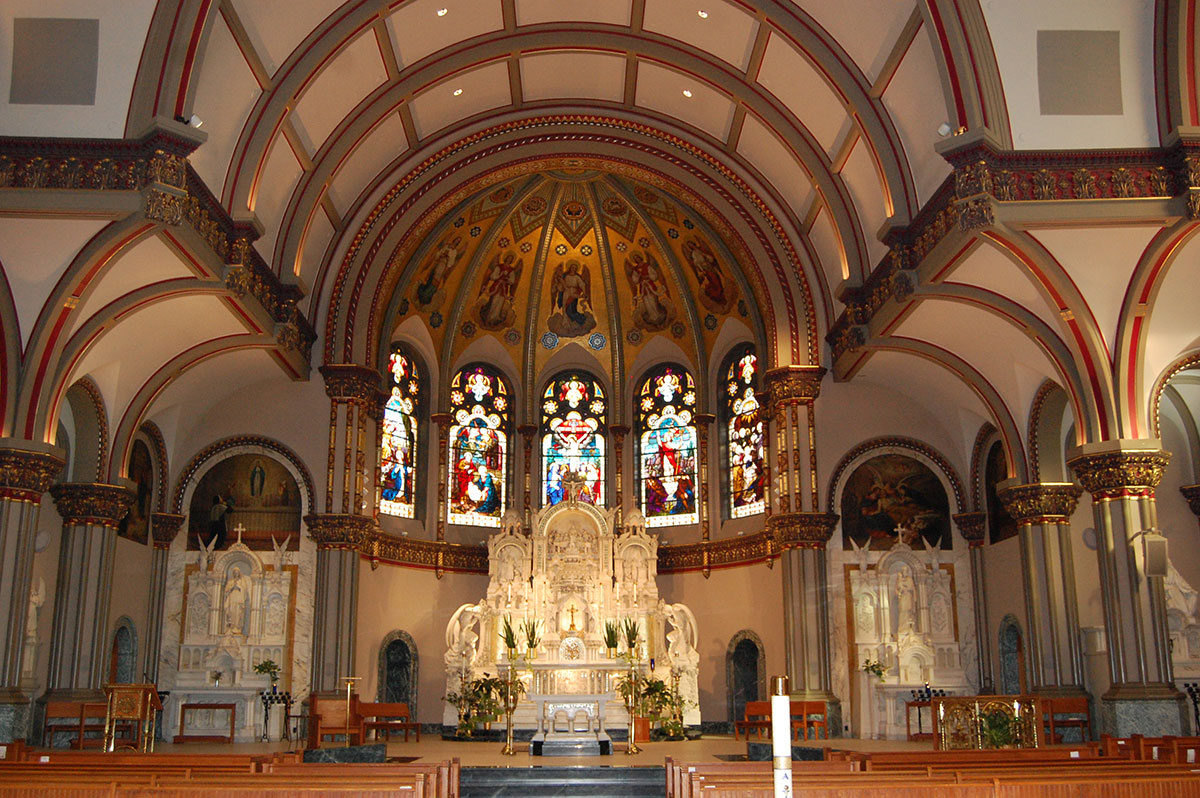 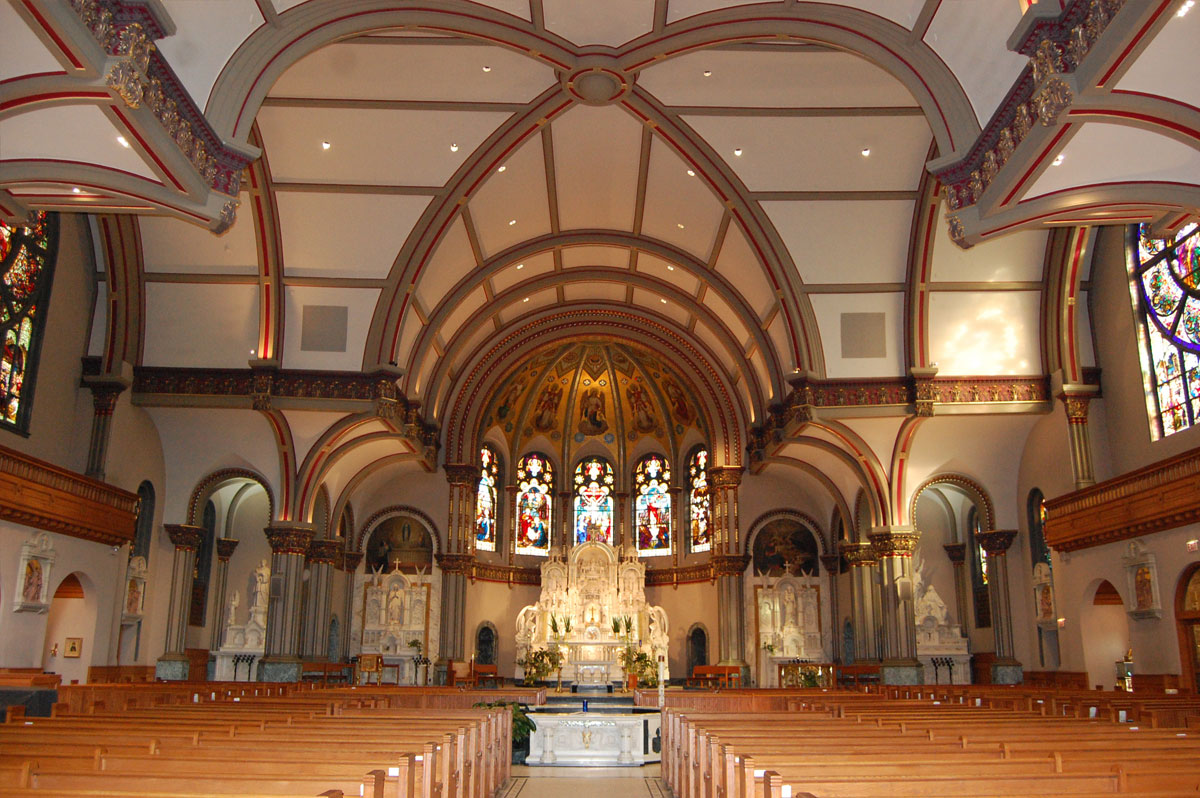 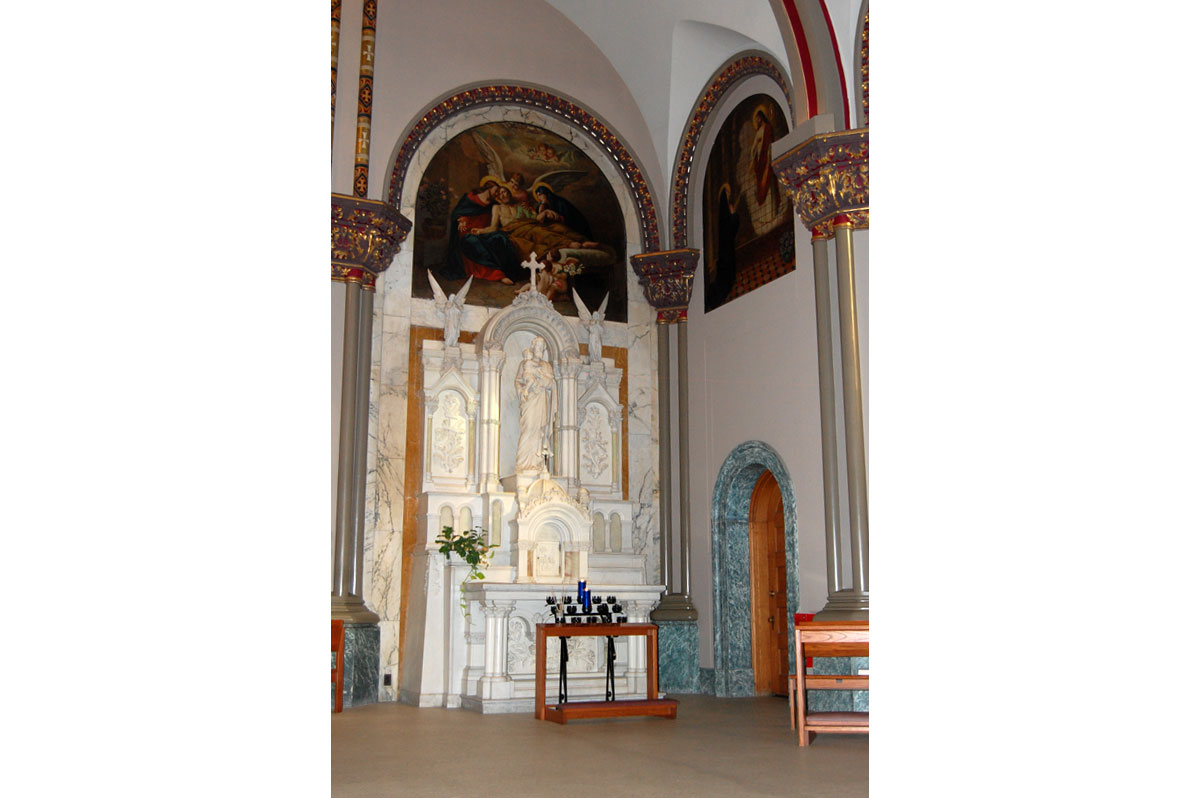 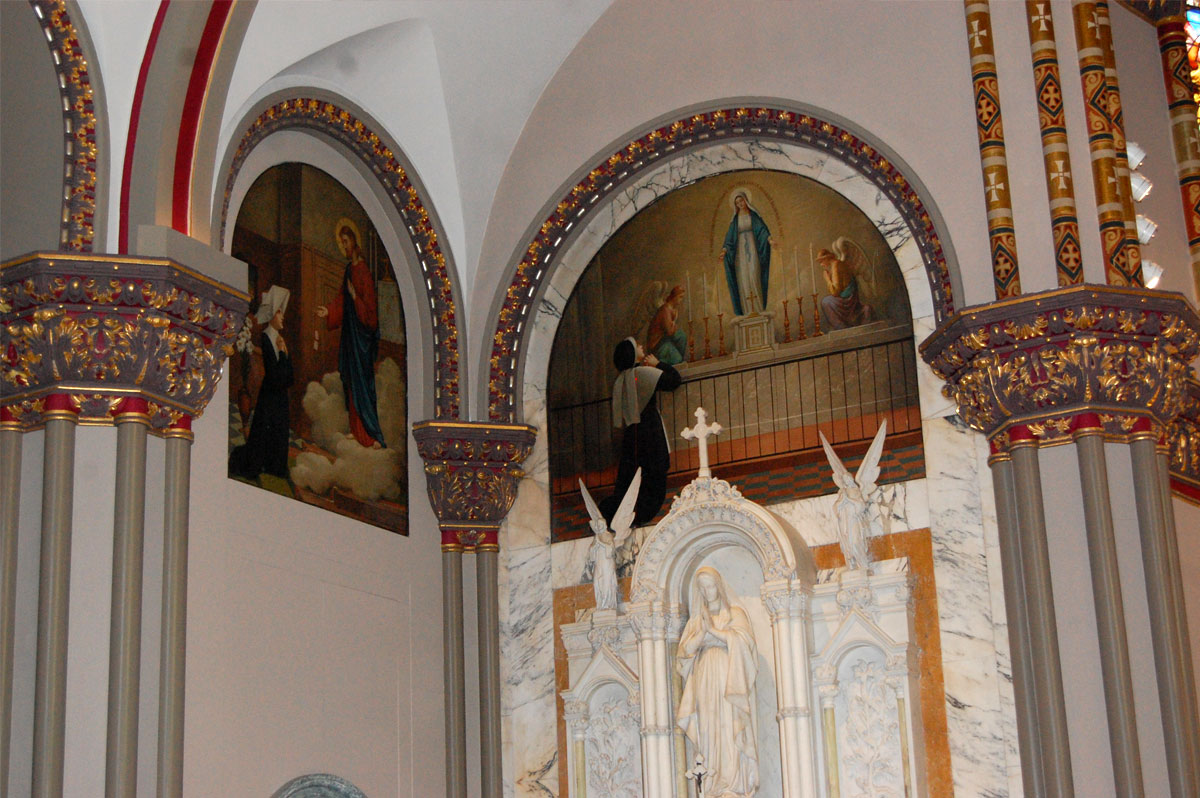 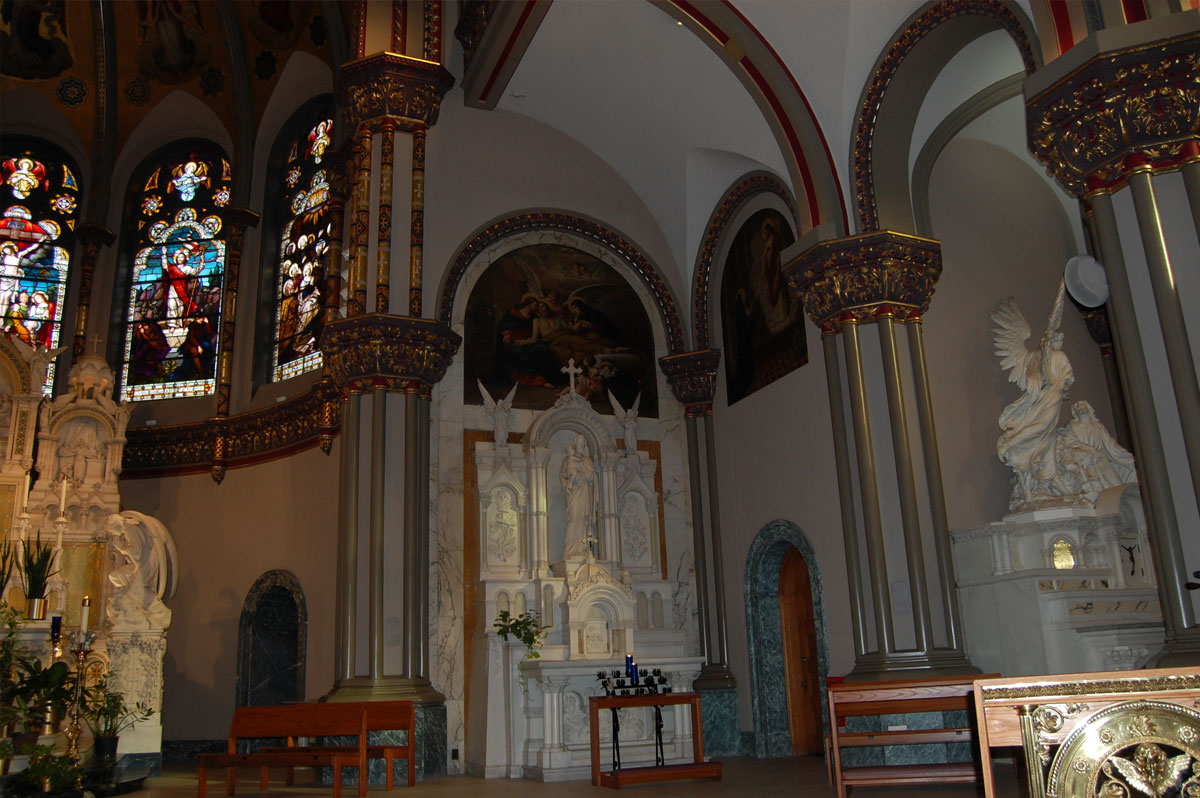 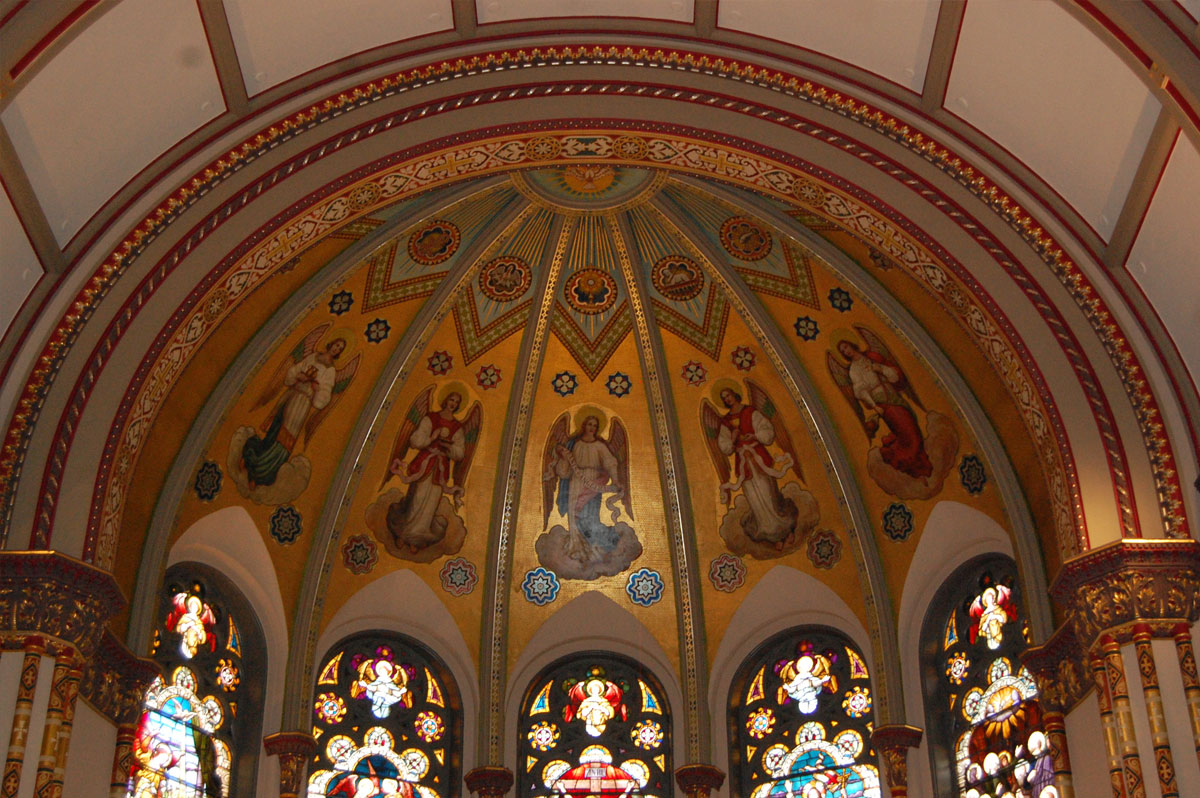 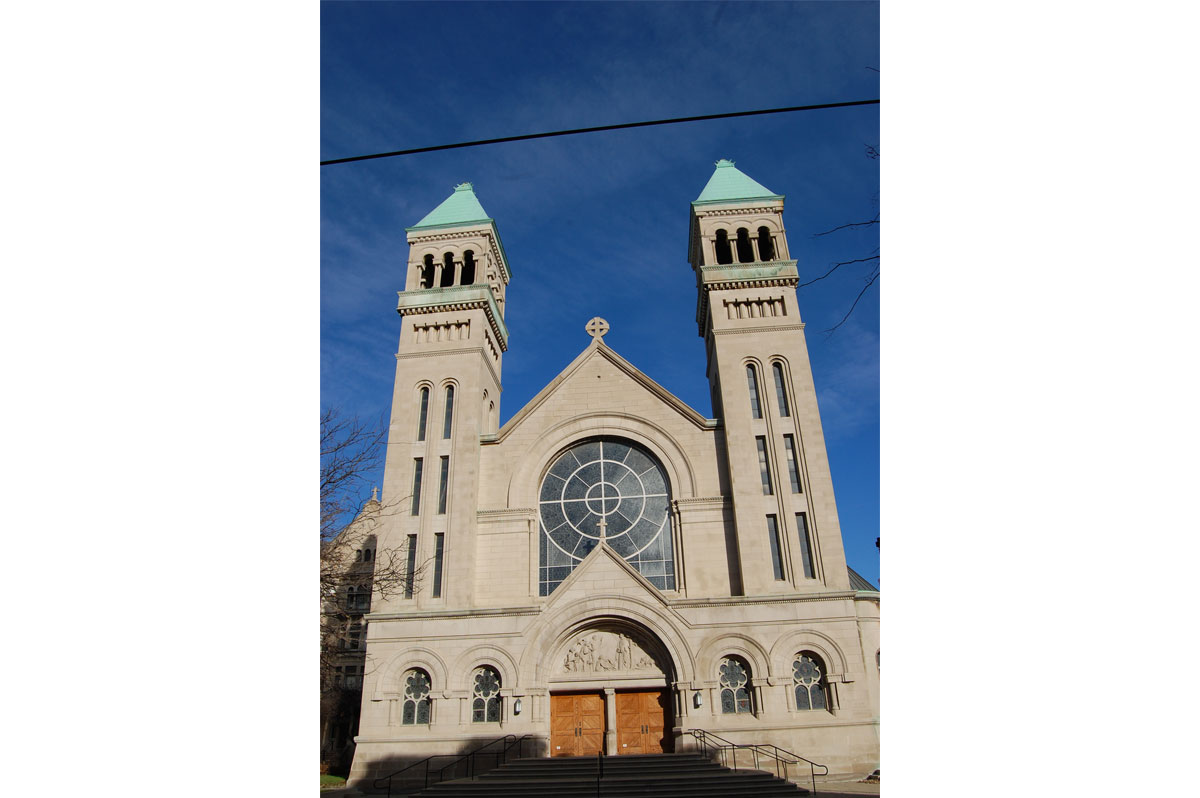 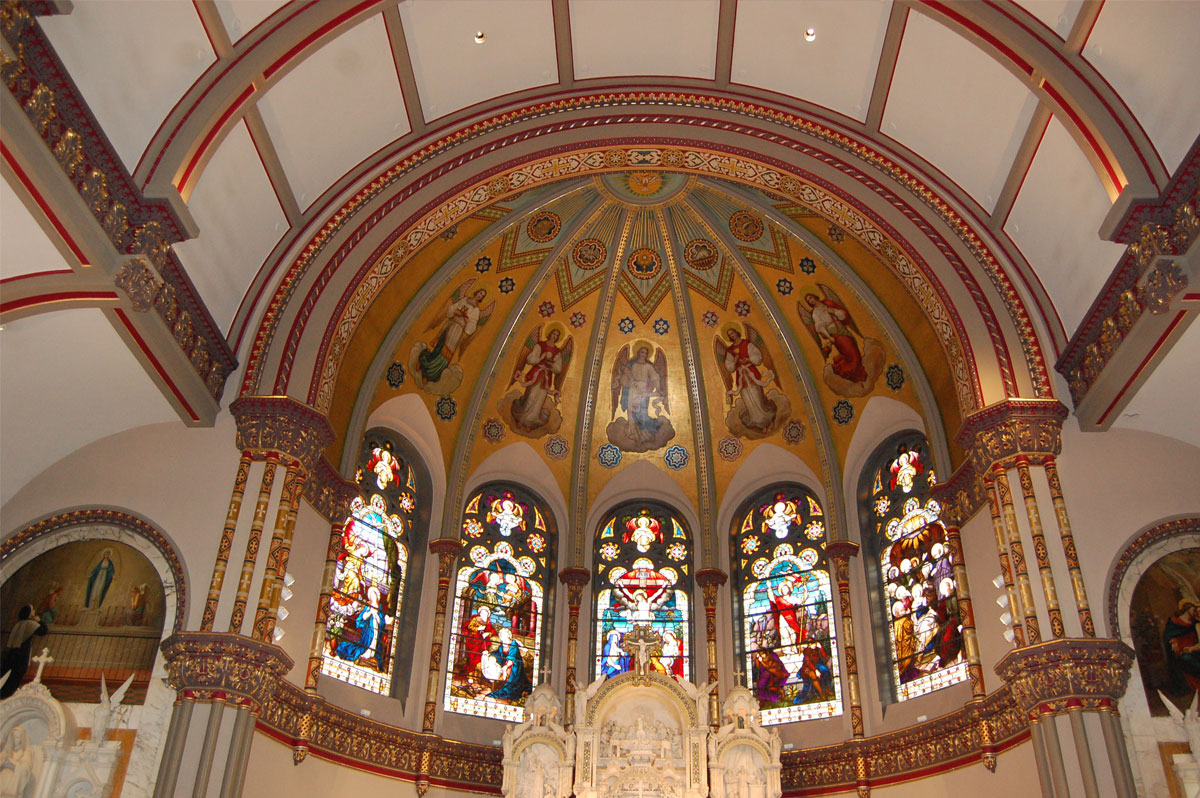 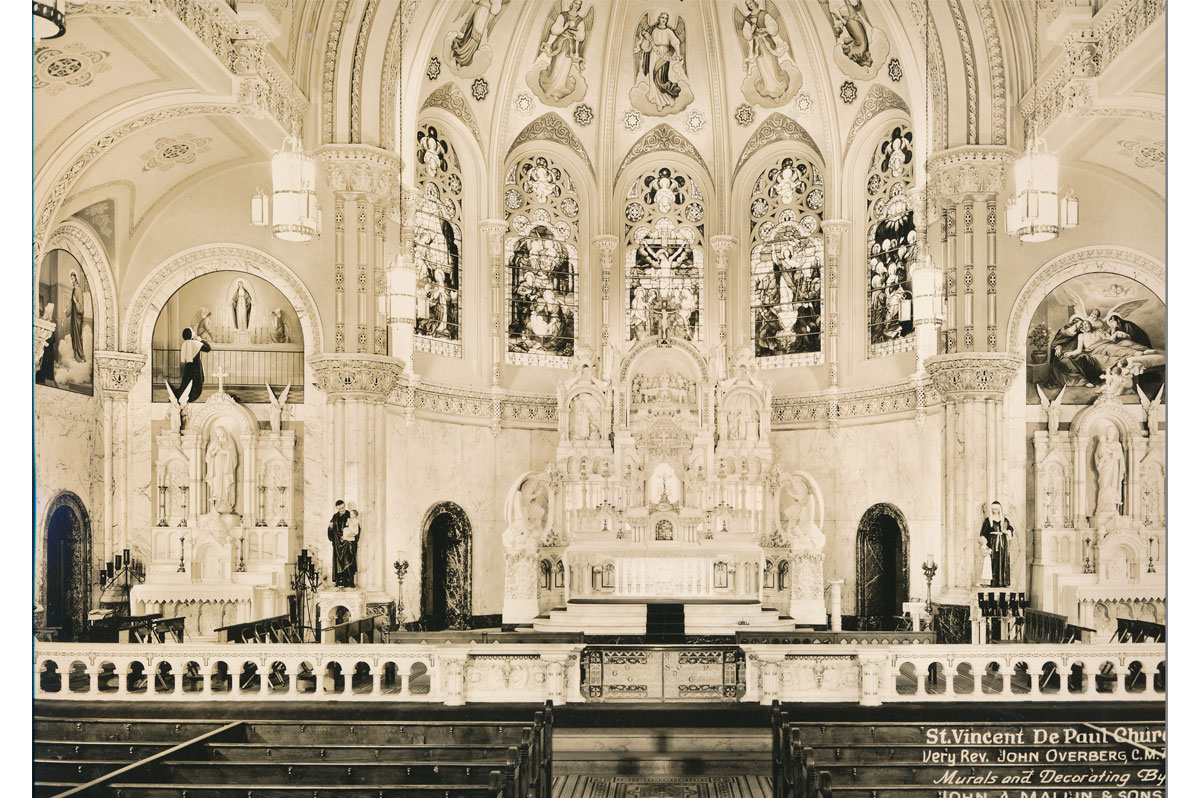 St Vincent de Paul Church was organized on the north side of Chicago in 1875, on the corner of Webster and Sheffield.  A two story brick church was dedicated in April of 1876.  The church membership grew, and in 1892, plans were drawn for a new church.  The church was not finished until 1895, due to the economic depression.  The church was built in the French Romanesque style, and was designed by architect James Egan. 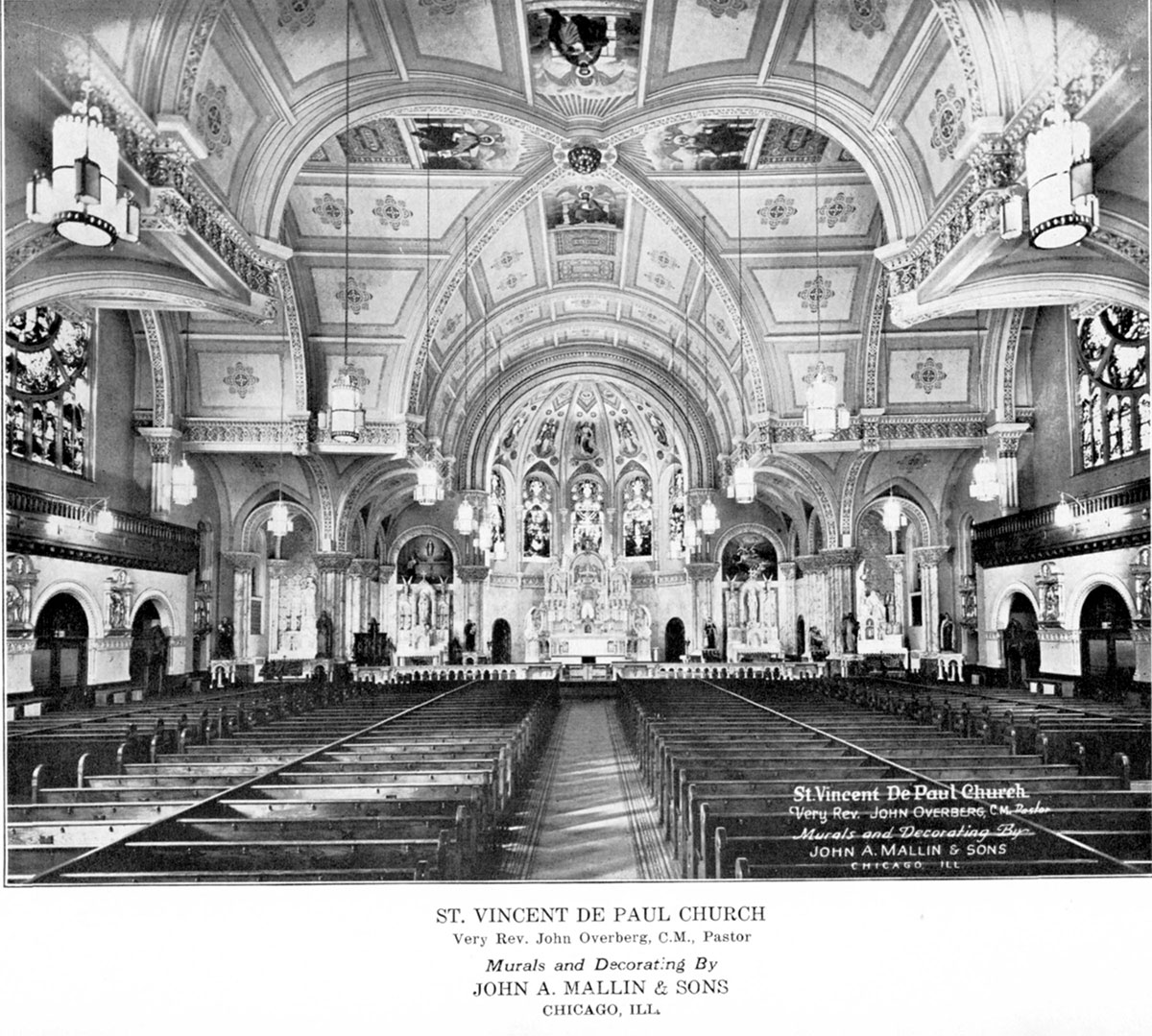