The Lawndale National Bank was organized in 1911 by Frank G Hajicek, the bank President. It was situated in a Czech neighborhood in Chicago adjacent to Cicero. In 1930 Mallin received a postcard from Mr Hajicek (in Czech) asking him to start work on the bank on September 8 according to Mallin’s offer of August 2. Architectural photos of the bank were taken after completion of the decorations. One of the two symbols shown on the wall were described by Carol Jean Smetana. According to Carol, “the symbol on the right of the American Coat of Arms, with an eagle with an olive branch in one talon, and arrows in the other, is similar to a symbol Mallin painted in the Ceremony Hall at the Bohemian National Cemetery in Chicago. The banner reads E pluribus unum. In this symbol, which is different from the one in Ceremony Hall, the eagle is looking toward the olive branch, towards peace. The idea is peace through strength as represented by the arrows.” Unfortunately, the bank building no longer exists. 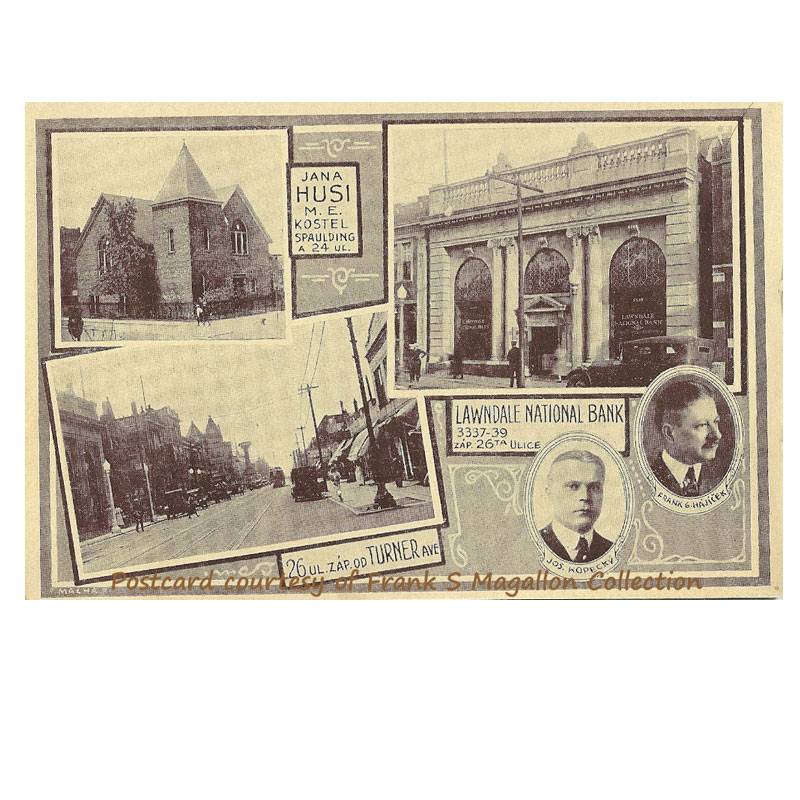 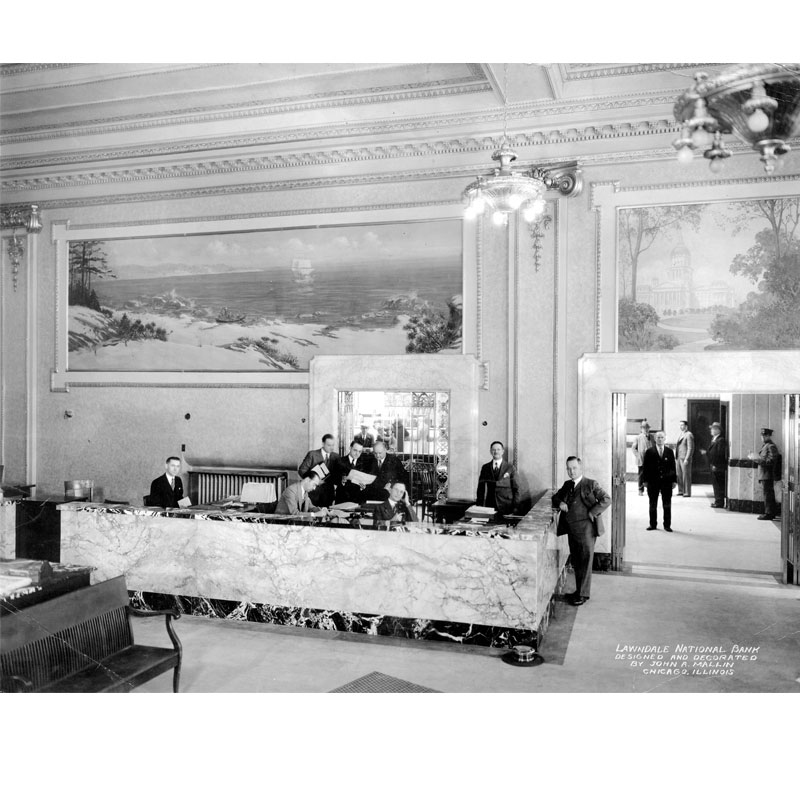 The Kaspar American State Bank was organized in 1905 by bank President William Kaspar and vice President Otto Kaspar. The bank was located at 1900 Blue Island Avenue in the Pilsen neighborhood, named after the city of Pilsen of the Czech Republic. Mallin decorated the interiors in 1927, including painting, decorating, and wood finishing for the amount of $2000. In 1930 he did some cleaning, painting and relaquering. In 2011, the bank was demolished. No known photos of the interiors exits. 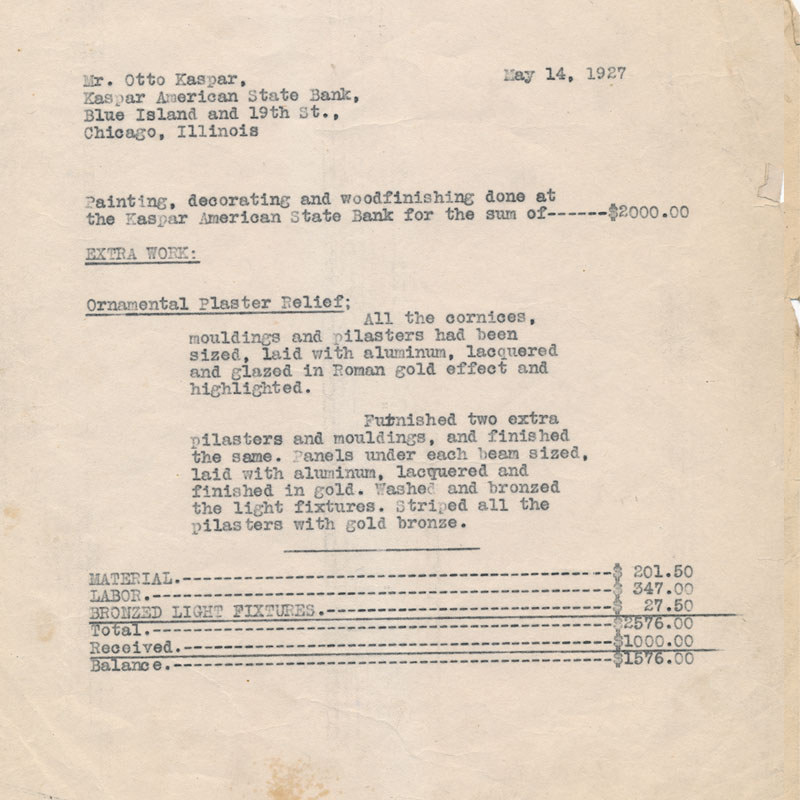