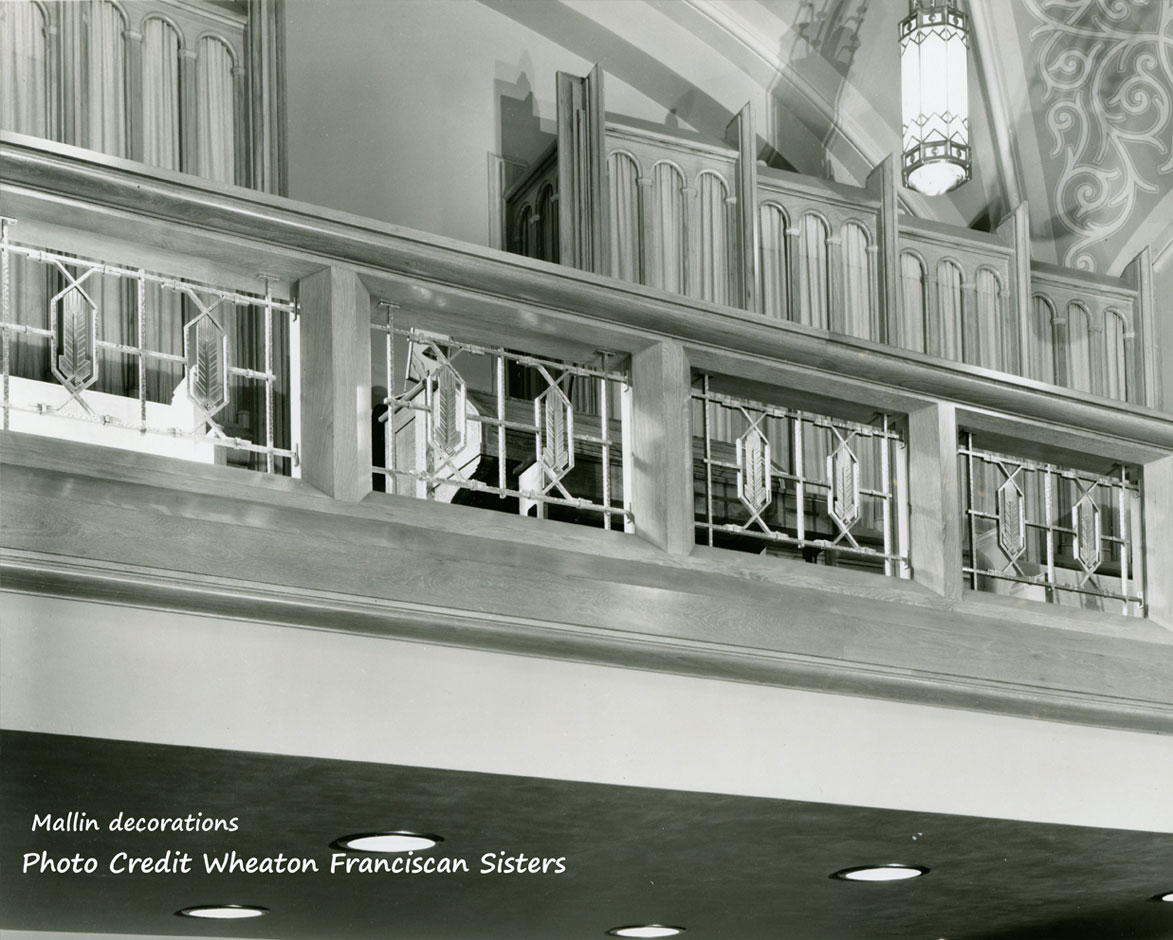 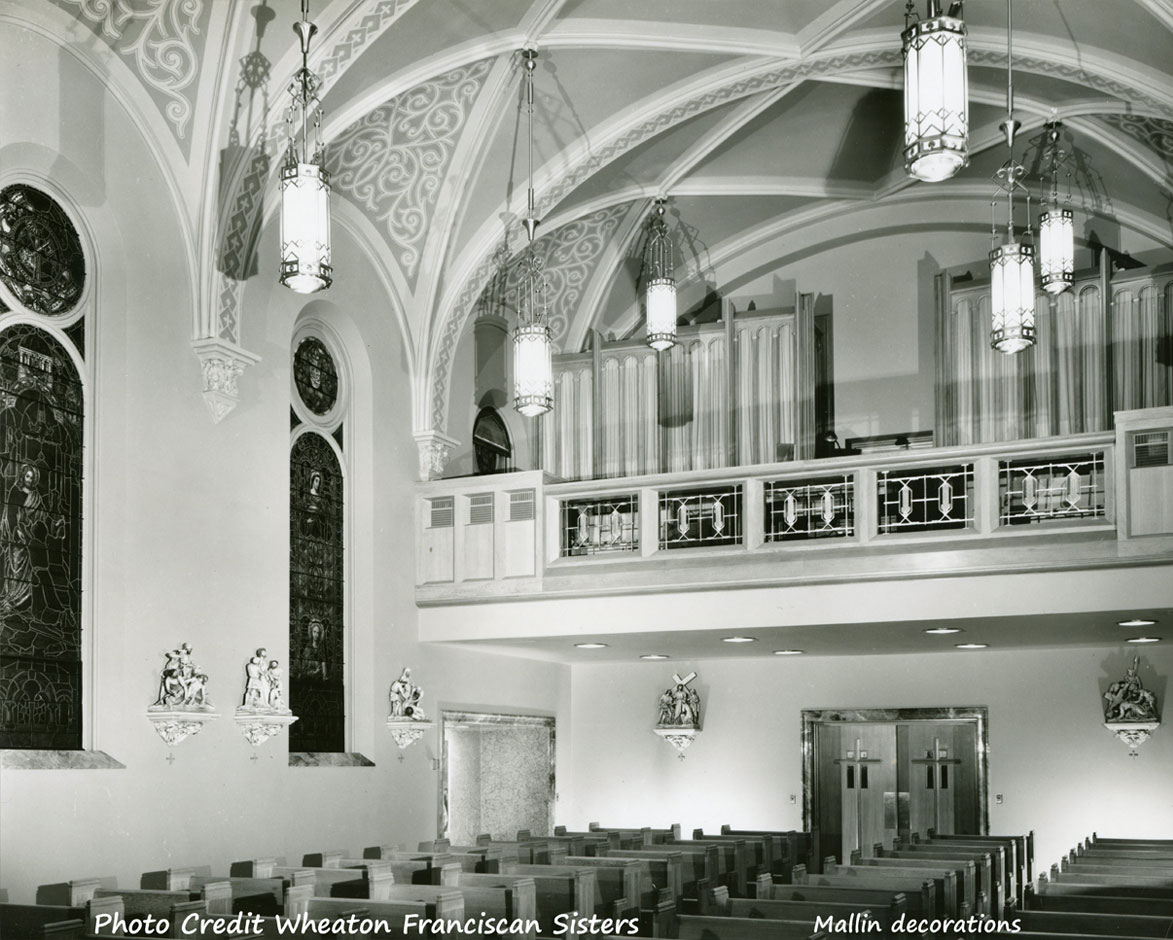 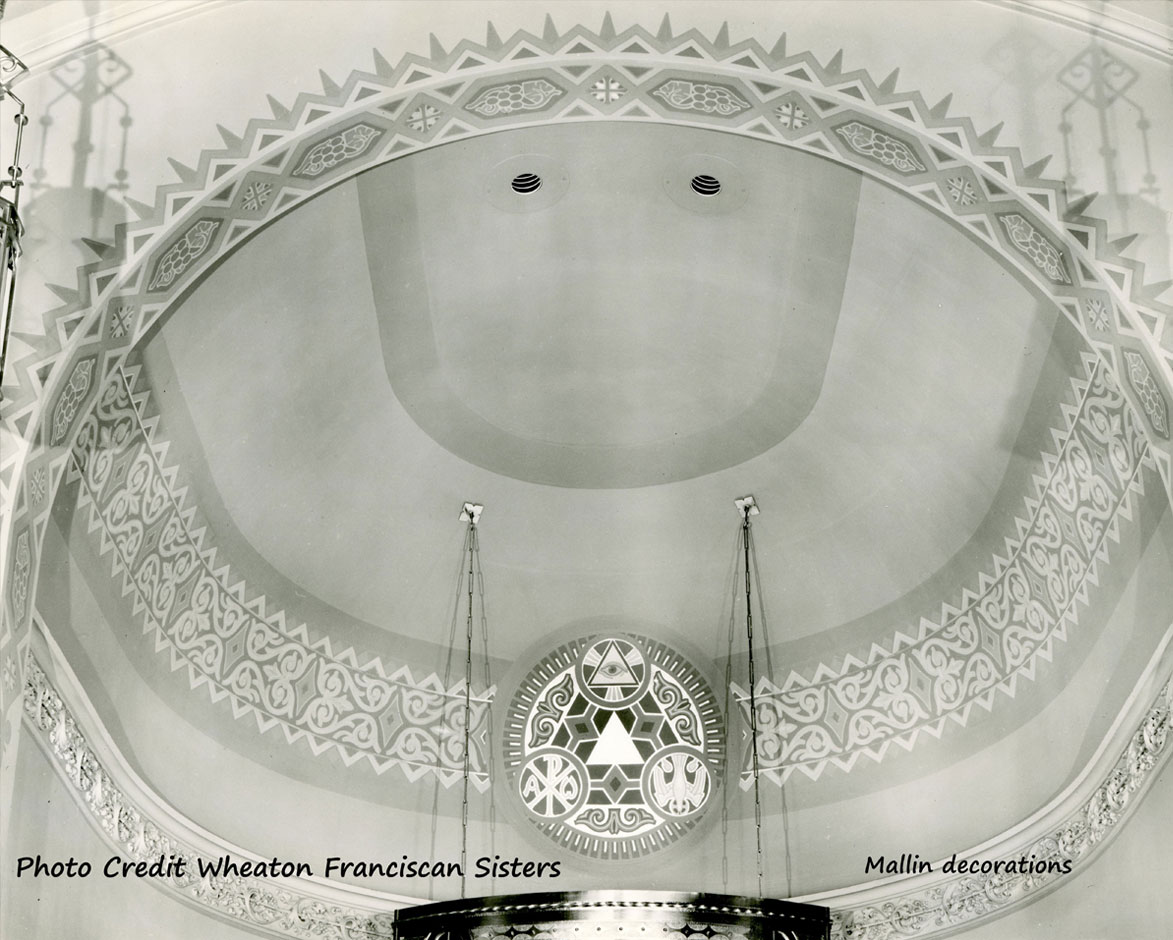 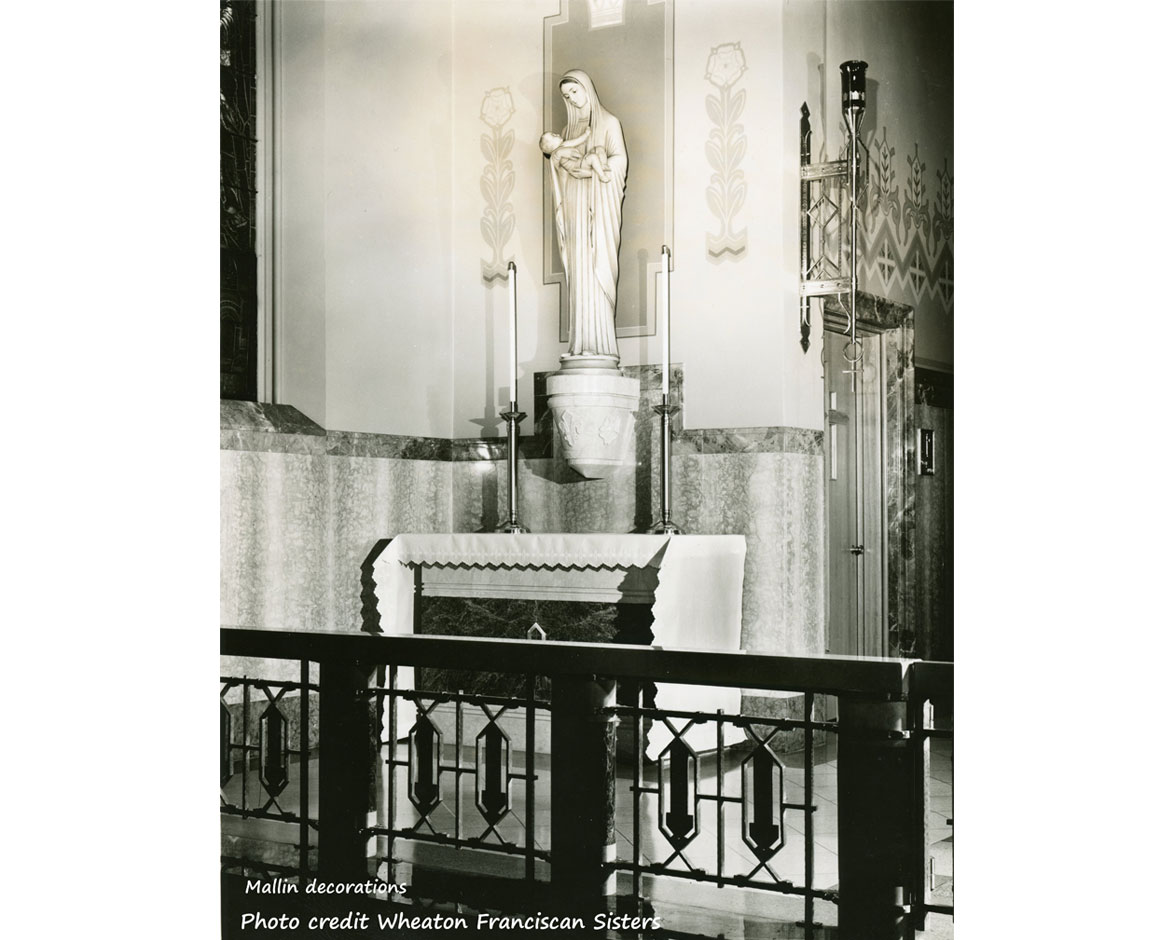 In 1882, the Franciscan Sisters came to Racine Wisconsin from St Louis, where they provided health care for the sick and poor. They converted a house in Racine to a 10 bed facility and named it St Mary’s Hospital. In 1889, they had a brick building erected for a new facility, and expanded the facility over the next 25 years. Archives from the Wheaton Franciscan Sisters indicate that in 1931 a new facility was built, which was dedicated in 1933. The old structure for the Sisters convert was remodeled and enlarged. The existing chapel, which was between the old and new building, was renovated at the same time that the new hospital was being constructed. John Mallin was hired to redecorate the chapel in 1932. The funding for the renovation of the chapel was provided by the Franciscan Sisters at the House of Providence in Chicago, whose chapel Mallin had decorated in 1925.

According to Jeanne Guilfoyle, archivist for the Wheaton Franciscan Sisters, the chapel was the “very heart of each place the Sisters owned and operated at it remains here at the motherhouse to this day. There were early morning prayers, followed by early Mass, then usually the Office of the Hours, in which visitors were welcomed, evening Rosary and evening prayers. Many of the staff and doctors would participate in the Mass and Rosary in particular. There were always more Masses held in a year then one a day, usually in the 400’s due to special events. The chapel at the House of Providence was open to all women, regardless of religion (as were our hospitals) but until the late 1950s, our Sisters did mark the occasions of converts each year. There were always some women who converted during the year and some then were married in the chapel. The chapel was always at the heart.”

In 1978, the chapel and hospital were torn down. The hospital was converted to a research and office building for S.C. Johnson and Son (The Journal Times 1978).

The Chapel history and photos of the chapel interiors were generously provided by Ms. Jeanne Guilfoyle, Franciscan Sisters archivist.

Report to Provincial Council from the Sisters at St. Mary’s Hospital, 1932. Provided by Jeanne Guilfoyle, Archivist for the Wheaton Franciscan Sisters.