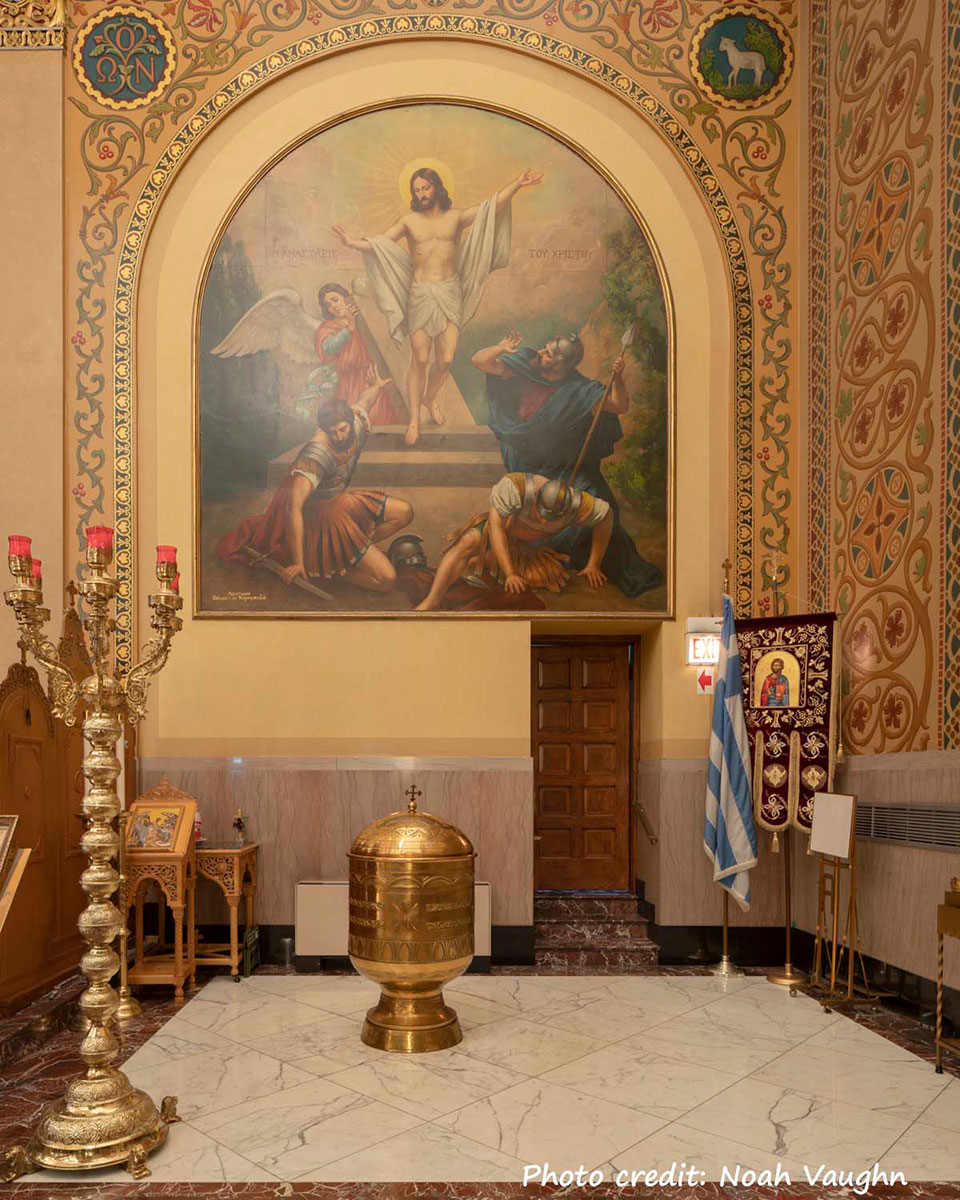 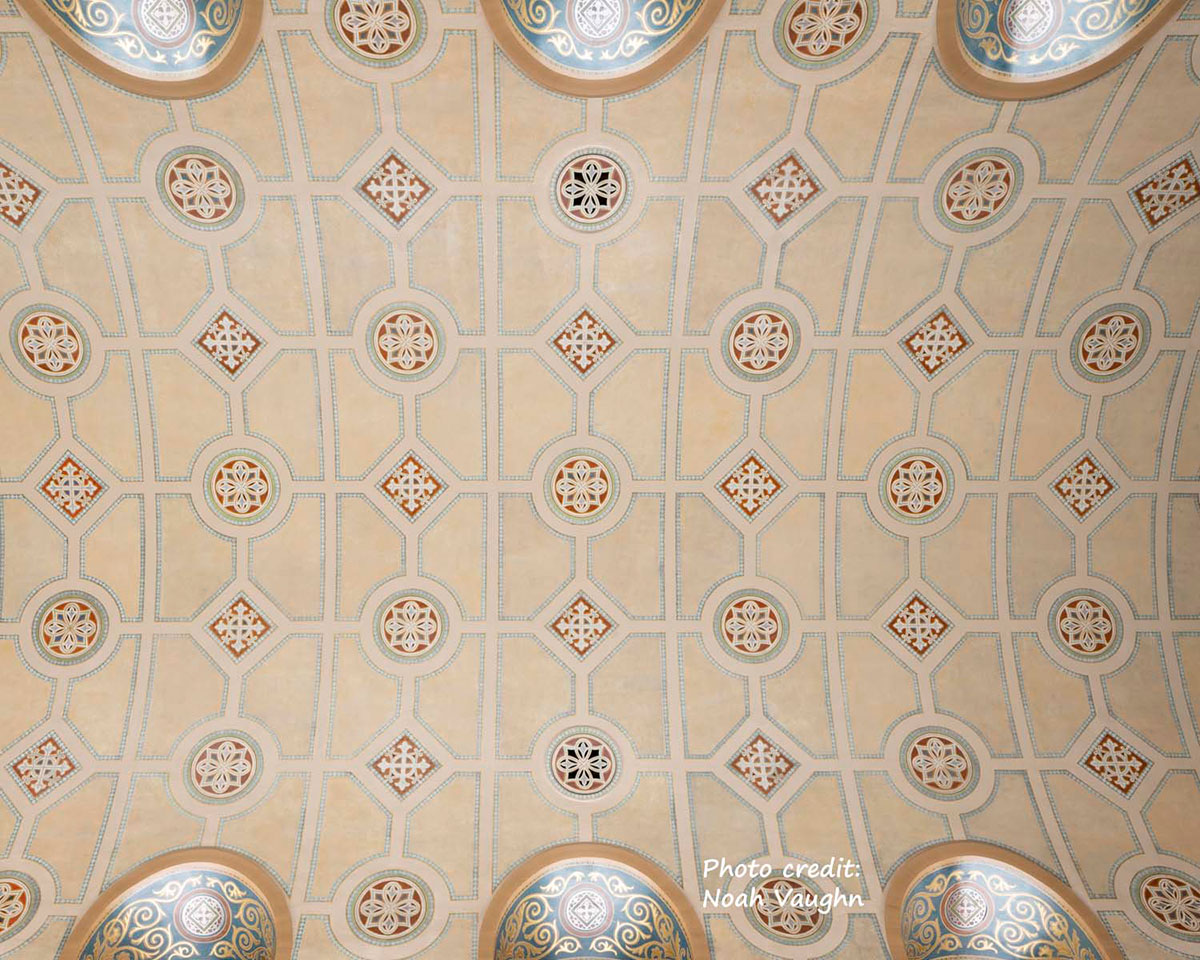 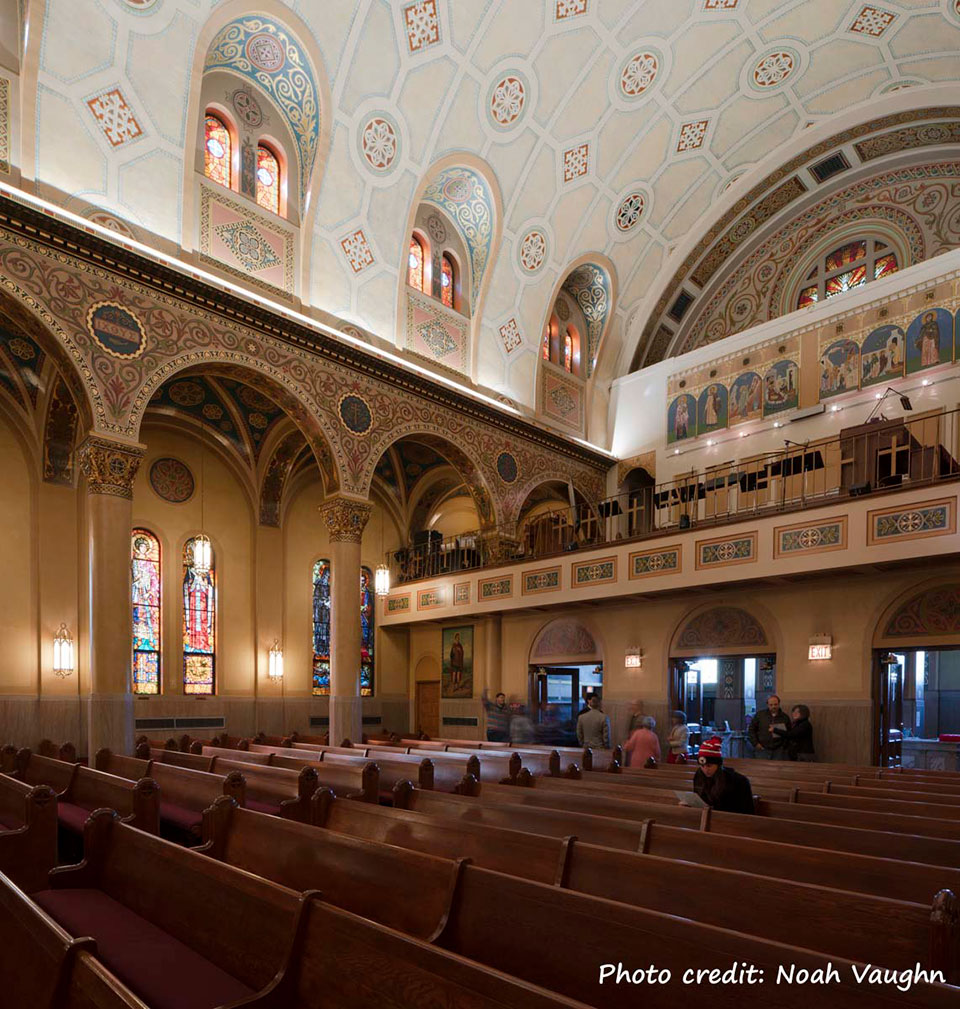 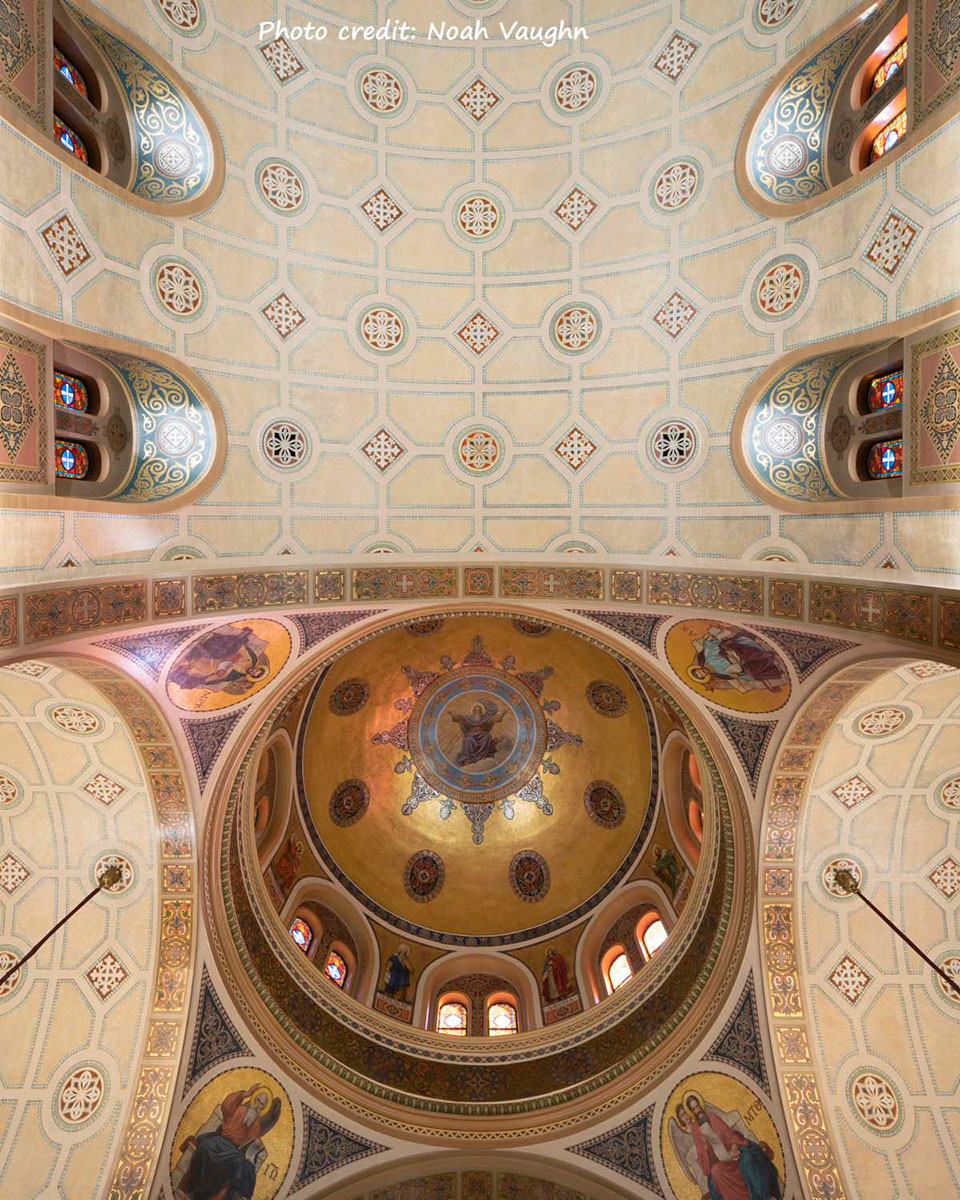 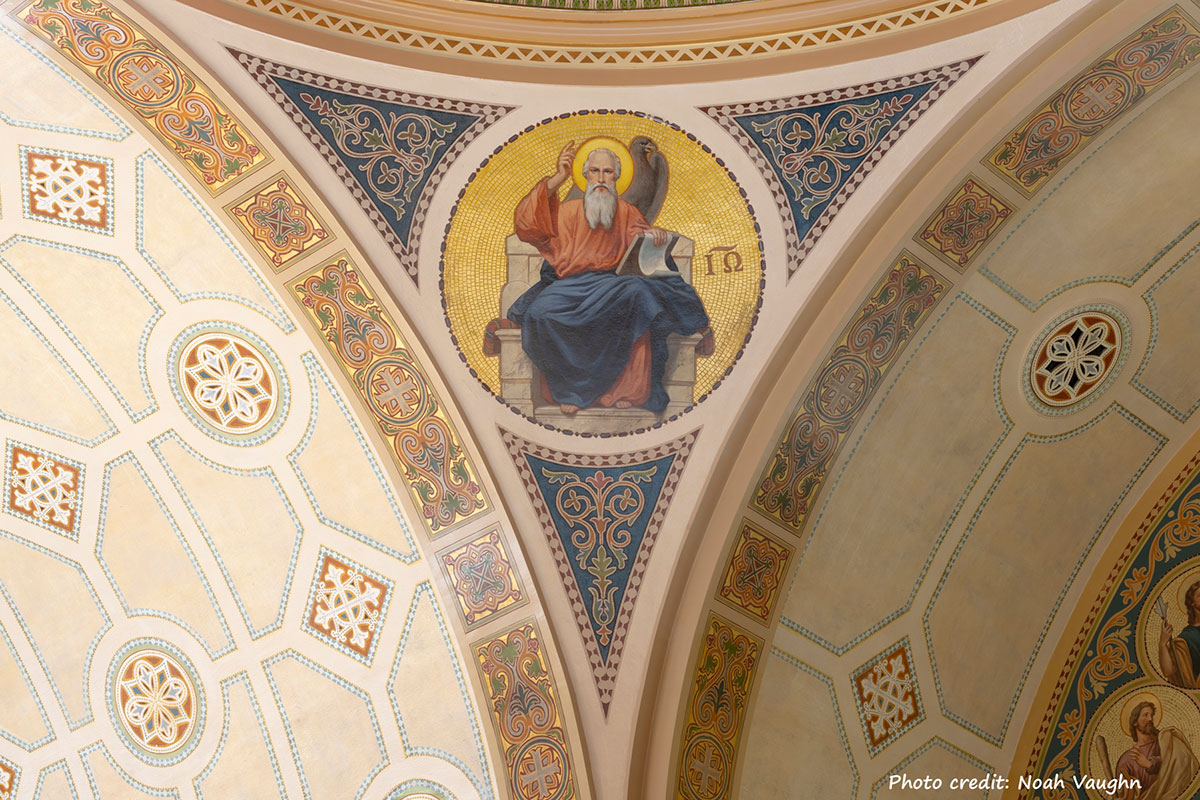 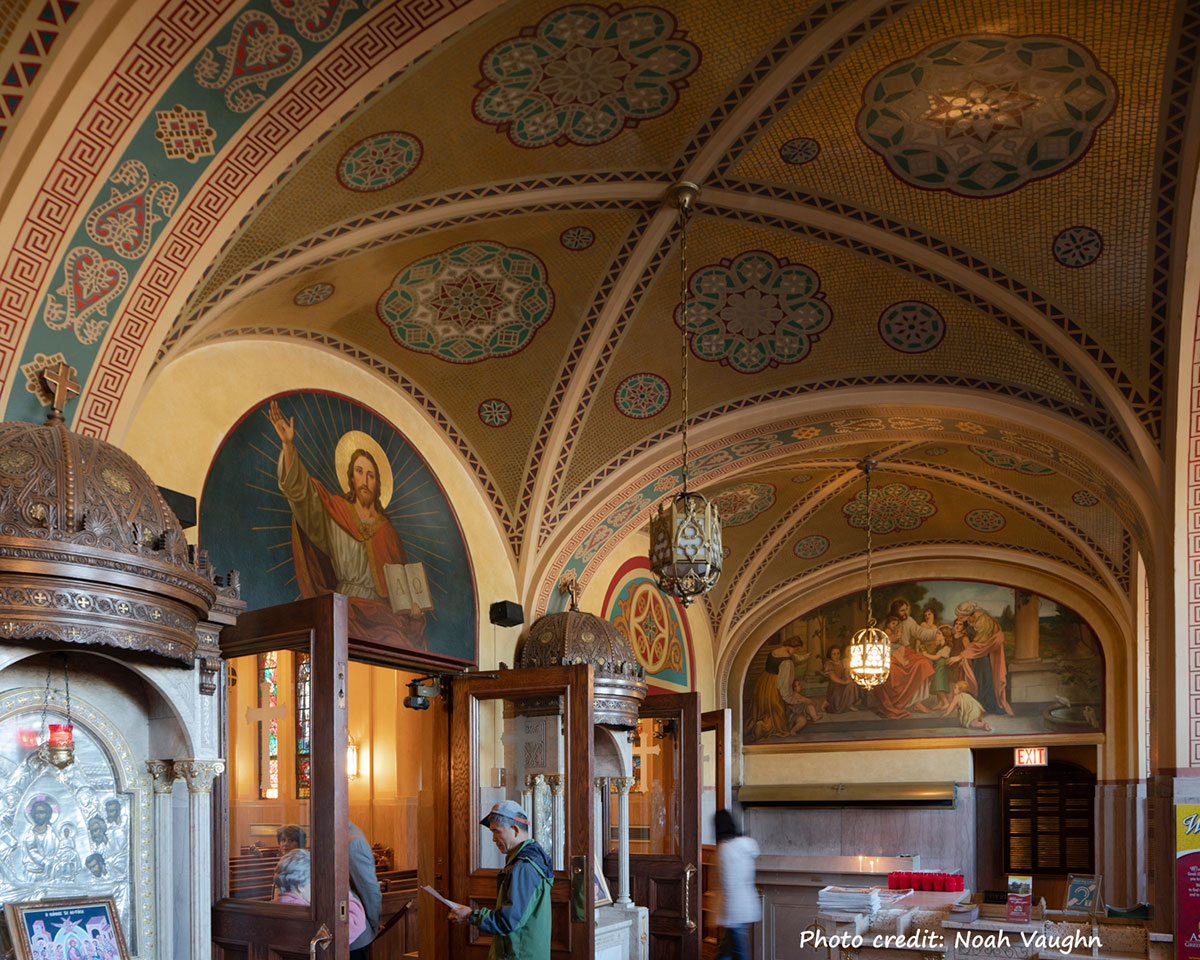 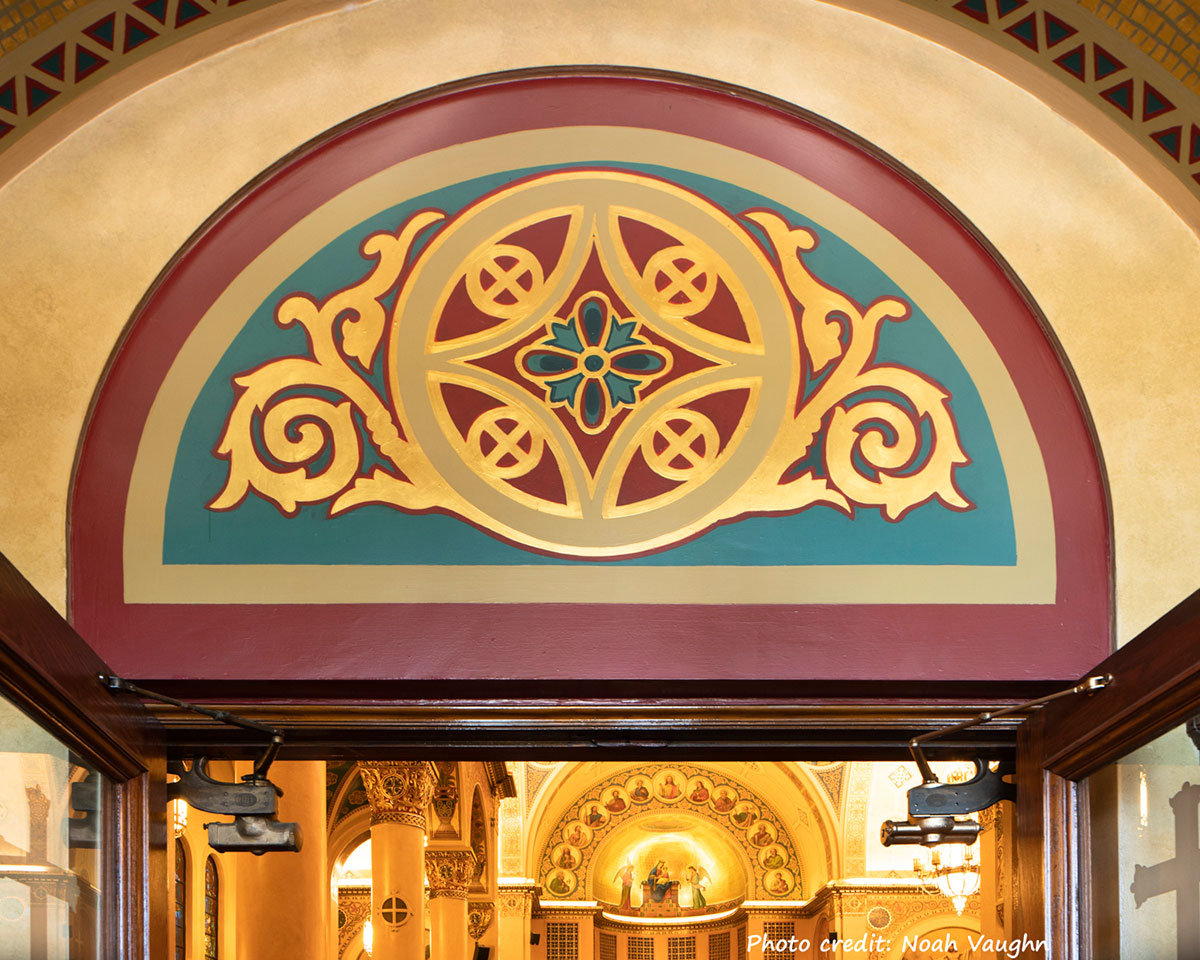 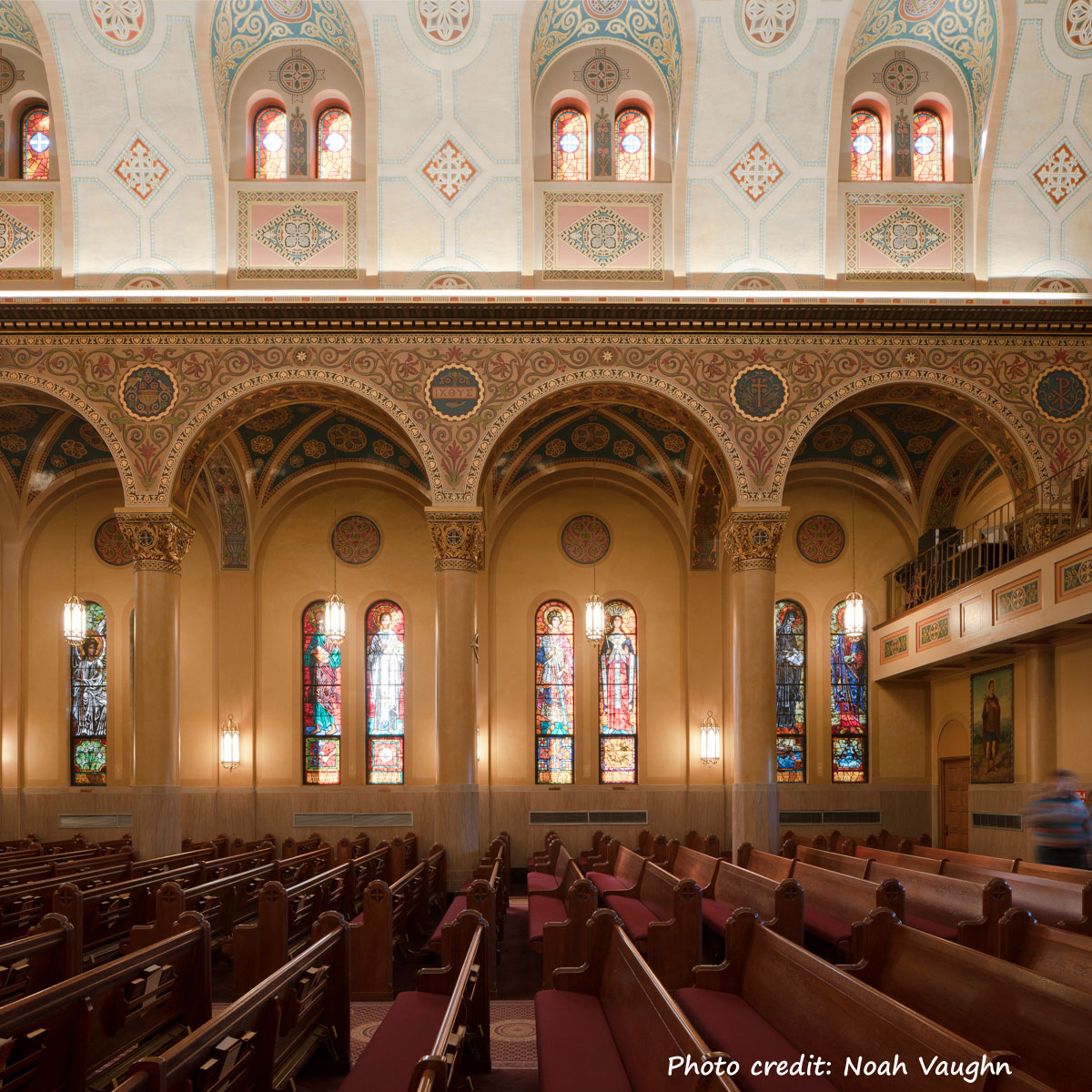 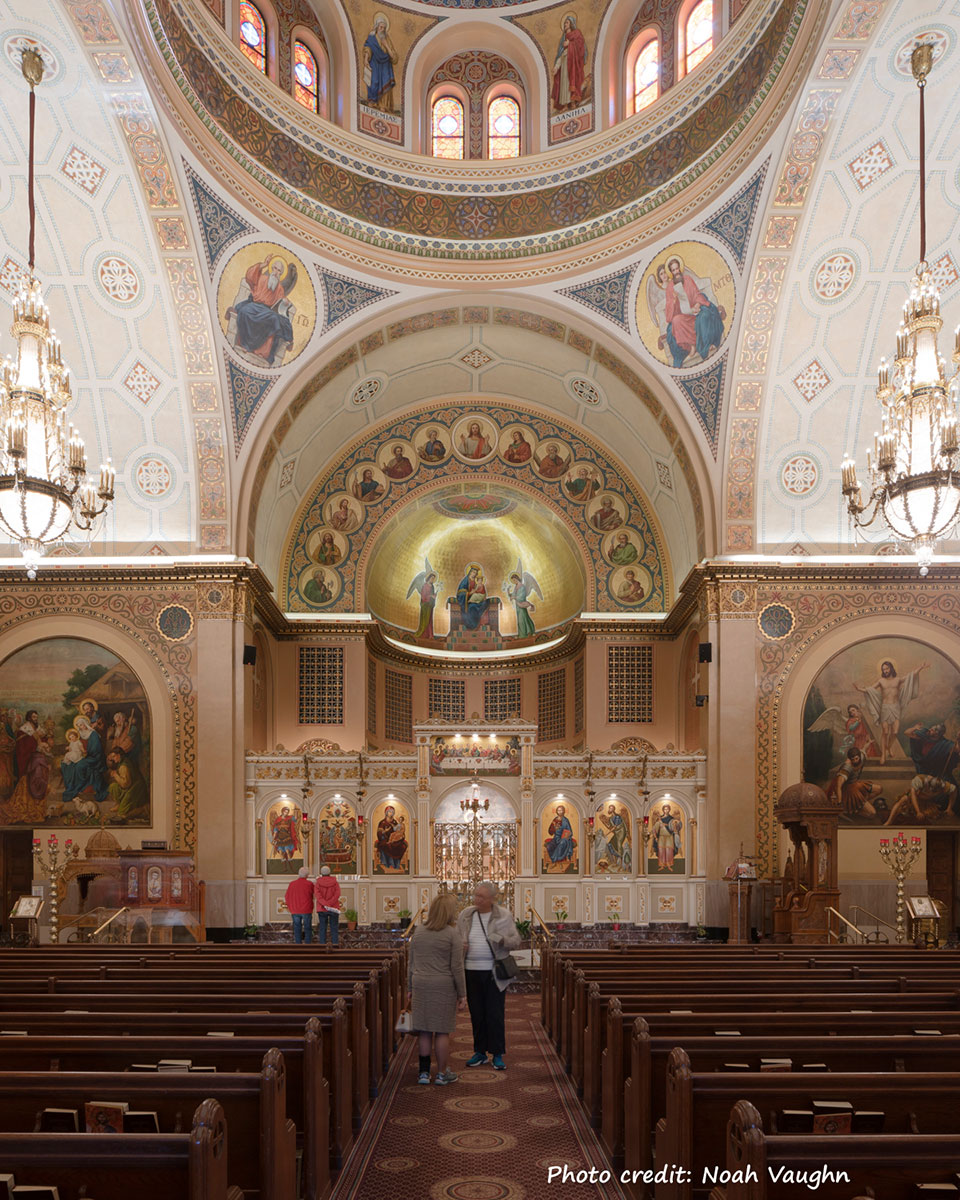 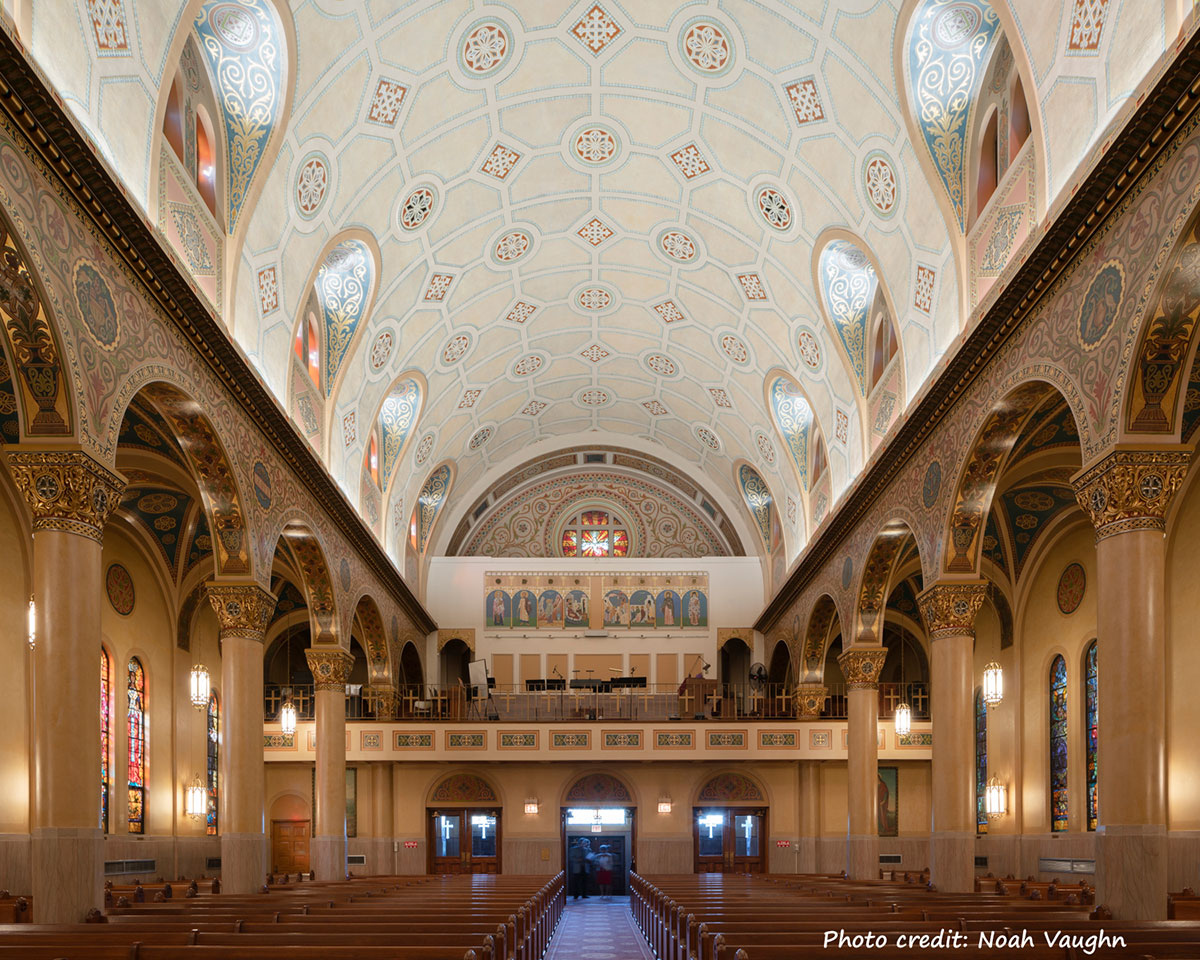 Assumption Greek Orthodox Church started as a small wooden church built in 1925 to serve the Greek Orthodox residents in the Austin neighborhood on the west side of Chicago, as well as the western suburbs of Oak Park and Cicero. The current church was completed in 1938. The shape of the church is a cross with a dome, typical of Byzantine architecture, designed by architect P.E. Camburas, with exterior walls made of Wisconsin Lannon stone. There are three major parts of the church. The narthex serves as the entryway to the church, the nave is where the faithful stand during worship services, and the Holy Altar includes the altar table and holy relics of saints. 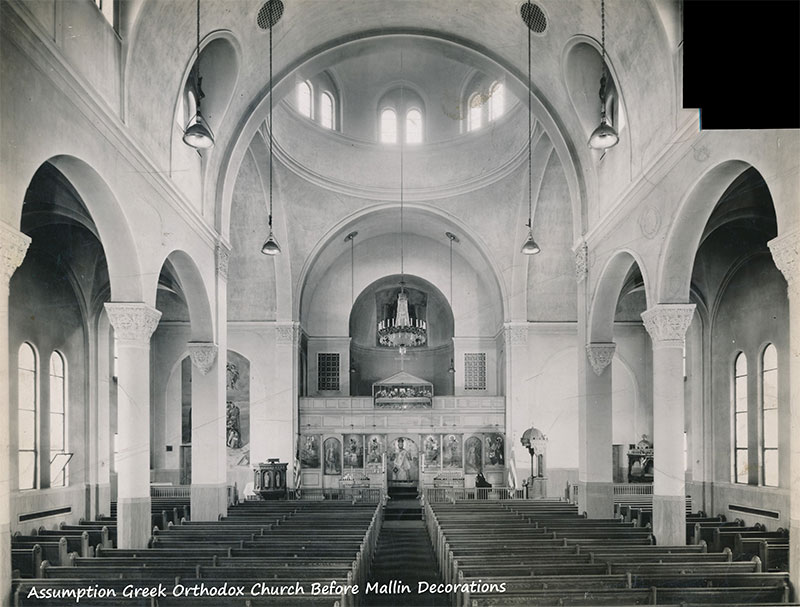 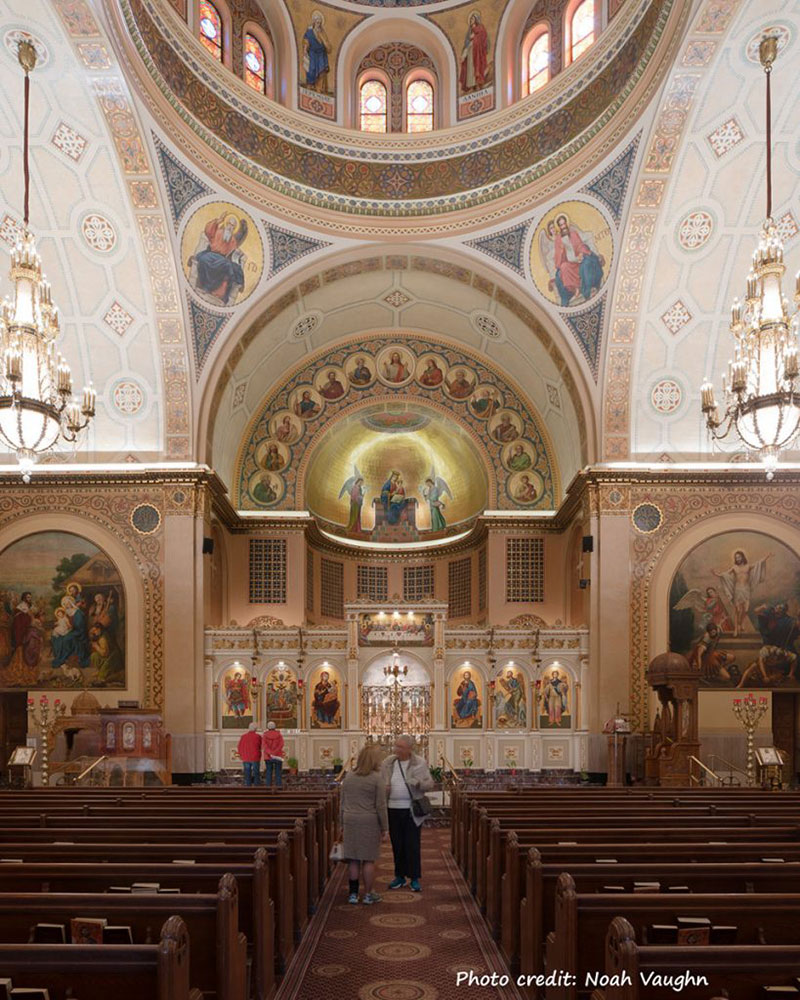 Most of the Mallin decorations in the church are intact, except for the Icons in front of the altar, which have been replaced. A 1948 Chicago Tribune article regarding the church Easter service mentions the “usual brilliance of gold and blue, decorated with candelabra, chalices and icons.” In one of the photos from 1947, high up on the scaffolding are several of Mallin’s workers including his son John O. Mallin, standing behind another worker with his knee bent.

In the Narthex, are two wall paintings of Christ with the little children (south wall), and St. Paul’s defense at the Areopagus (north wall). In the nave, the dome includes a Renaissance painting of God and depictions of the prophets and evangelists. To the right of the altar’s gate are Christ, St John the Baptist, and the Archangel Gabriel. To the left are the Virgin Mary with Christ, the feast of the Virgin’s dormition, and the Archangel Michael. Above the altar gate is an icon of the mystical supper. Above the Holy Altar table is a depiction of the Virgin Mary known as the Platytera, or “wider than the heavens.” 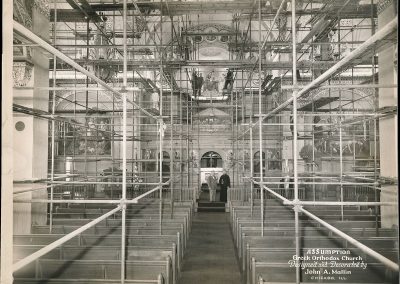 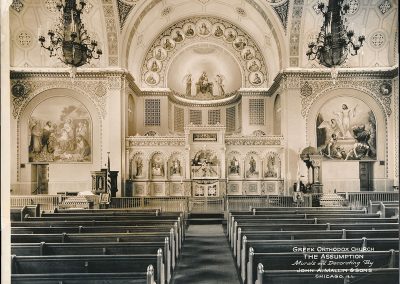 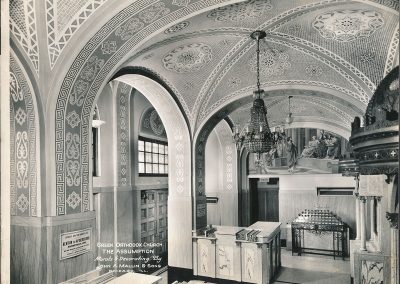 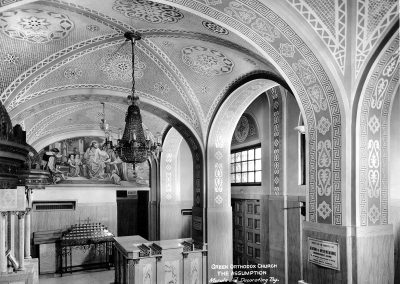 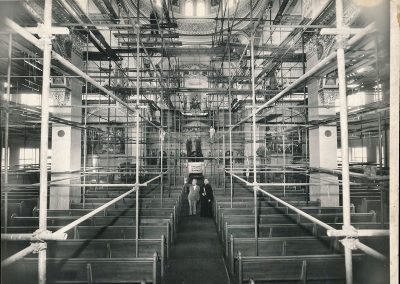